Shiv Sena chief Sanjay Raut on Tuesday hit again at BJP MP Narayan Rane’s demand to impose President’s Rule in Maharashtra, saying Gujarat’s efficiency in dealing with the COVID-19 pandemic has been worse, and it deserves to be put underneath Central rule first.

With out specifying any celebration or chief, Mr. Raut mentioned the Opposition ought to get “quarantined”, and that their efforts to destabilise the State authorities might boomerang.

Senior BJP chief and former minister Sudhir Mungantiwar, in the meantime, mentioned although the COVID-19 state of affairs in Maharashtra is grim, it doesn’t qualify for President’s Rule.

Mr. Raut instructed reporters, “In case you go by the Gujarat Excessive Courtroom’s strictures on tackling the COVID-19 disaster, the State’s efficiency is worse in comparison with Maharashtra. If President’s Rule needs to be imposed, the Centre ought to begin with Gujarat.”

Mr. Mungantiwar mentioned the BJP doesn’t assume President’s Rule ought to be imposed within the State. “The state of affairs in Maharashtra is grim, however it doesn’t qualify for Presidents Rule. We really feel the present State authorities just isn’t critical sufficient to deal with the state of affairs,” the BJP chief instructed a information channel.

We temporary you on the most recent and most necessary developments, 3 times a day. 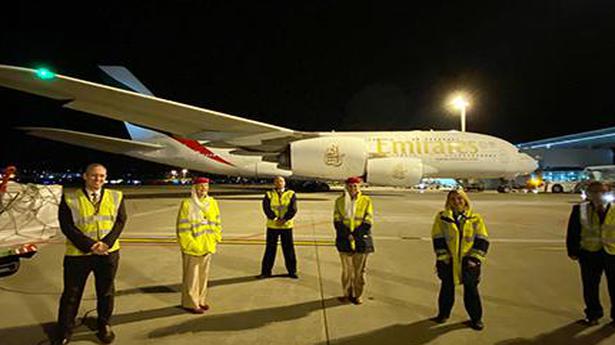